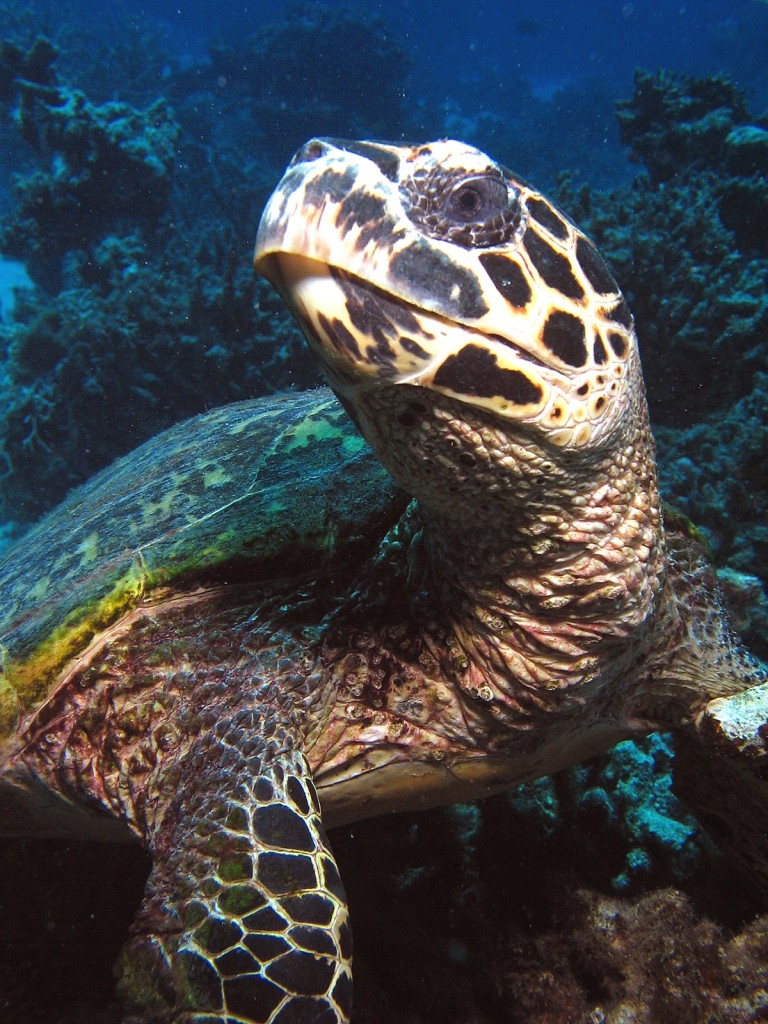 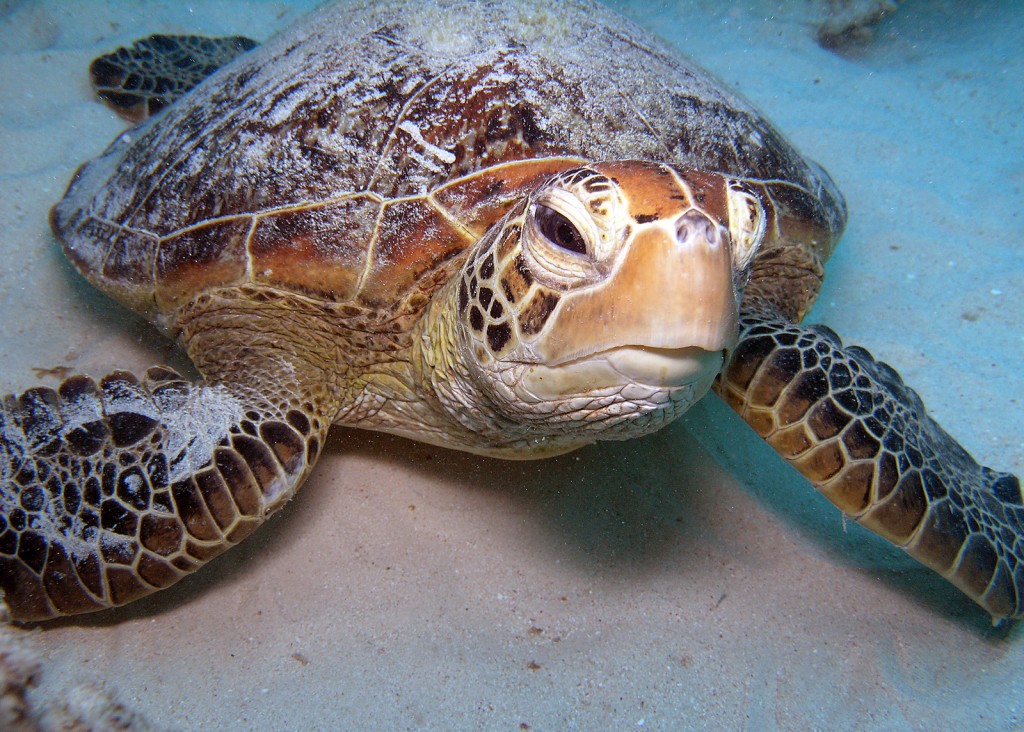 Several weeks after the first mating, the females will drag their bodies ashore, and start to dig a hole in the sand above the high water mark, and lay their leathery eggs (Greens and Loggerheads will produce up to 100 eggs at a time). This process will be repeated throughout the season. After the eggs are covered, the female will have no further contact with their offspring (i.e., they’re on their own!).

The eggs will incubate for up to 3 months. The interesting thing is that the temperature of the surrounding sand will determine the sex of the offspring (males result from cooler nests, whilst females develop from warmer nests). This is natures’ way of ensuring that there are both viable male and females in the population. As soon as the eggs hatch, the young turtles will scramble madly to the waters edge, hoping to gain safety, but there is always danger. Some are eaten by ghost crabs, silver gulls, sharks and other fish. The chances of survival are slim at best, with only 2-3% making it to reproductive age. Turtle tagging programs have been occurring in Australia for many years, and we are just starting to reap the benefits of this long term project. It has been estimated that some marine turtles, such as Greens, can live for up to 100 years.

The biggest danger to turtles these days are humans. All reptiles have been protected in Australia for more than 30 years and during this time Green turtle numbers have stabilized. However, several species, such as the Loggerhead, have a migration path that takes them away from these protected waters. Many countries traditionally hunt turtles for food and shell by-products (indeed Australia’s indigenous people are permitted to hunt for turtles within the GBR). Also, they are vulnerable to litter, such as plastic bags, and the possibility of being caught in trawl nets (this impact is being reduced by enforcing trawl nets are fitted with TED’s, or a turtle excluder device).

In the pristine environment of the outer barrier reef, turtles can be observed daily, gliding gracefully through the blue waters and island cays such as Low Isles. This amazing experience can continue if we all continue to treat the environment with respect, and ensure the survival of these ancient creatures.