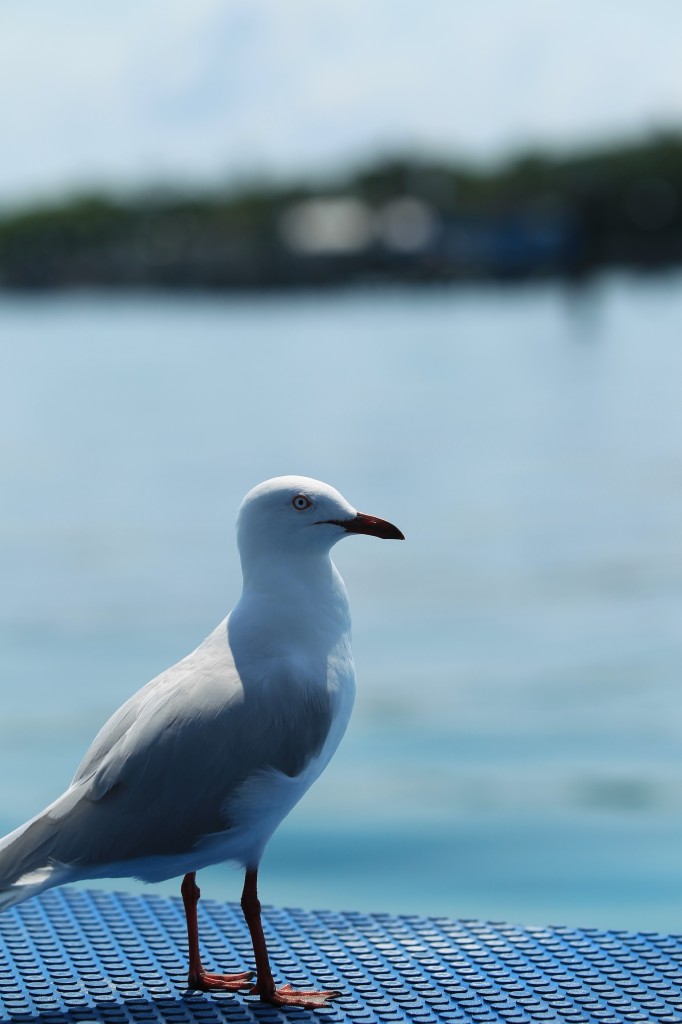 There are approximately 40 species of sea birds on the GBR, with 60% breeding within the marine park.

Sea birds aren’t fussy as to where they will nest. Some use low vegetation or shrubs, however the vast majority will simply nest on the ground, forming vast colonies numbering in the thousands (there is a body of thought that the birds rely on a hormonal change that only occurs when there are large numbers nearby). Michaelmas Cay off Cairns is home to over 30,000 sooty terns, and is one of the most popular and accessible rookeries on the GBR. Heron Island to the south is home to up to 75,000 black noddies during the breeding season.

The large variety of terns (including the Little, Black naped and lesser Crested) usually lines their sand scraped depression with a bit of algae and broken coral pieces. Only one egg is laid, and it takes about 30 days to incubate. The parents share the duties – whilst one stays with the hatchling, the other is out collecting food (usually fish). After a week or so, the hatchlings form loose crèches, and the parents must then locate their offspring by calling to them (any parent who has had to collect their children after school would know what’s involved there!). The young finally fly the coop after 2 months.

Sea birds can be impacted by a number of factors, such as storms and cyclones, predation by other birds (such as silver gulls) and rapid sea water rise. A period of bad weather can result in the desertion of entire colonies, causing setbacks in the populations for years.
Recently, another study has shown that sea bird populations are beginning to be directly affected by climate change, where birds are starving due to the lack of available food when the water gets too warm. The adults fly away to other feeding grounds, leaving the young to either fend for themselves or face starvation.

Raine Island to the north, although mainly known as a turtle nesting site, is also the breeding site to more than 17 species of seabirds, including the rare red-tailed tropic bird, wedge-tailed shearwaters and the Herald Petrel. Brown boobies and frigate birds can be found at Low Isles, whilst roseate terns can be seen on a regular basis on the outer reef.

Remember to be very careful around rookeries, as the birds are easily disturbed. For this reason, many rookeries are closed to visitors from September to March.