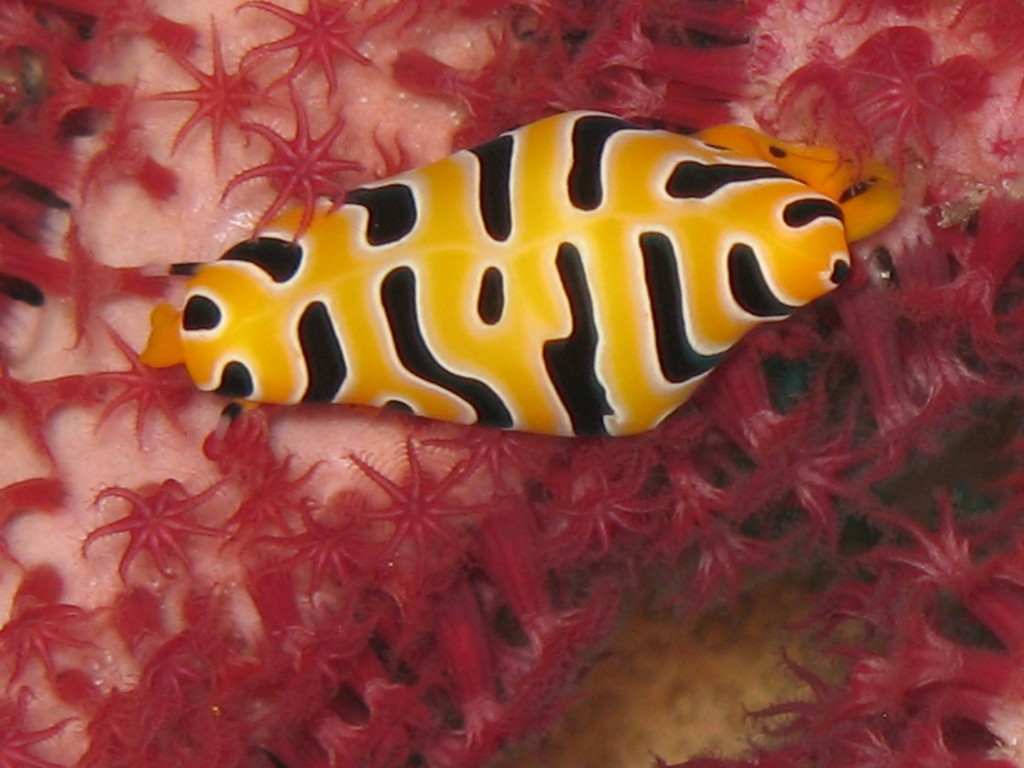 The Great Barrier Reef is home to over 5000 different species of Molluscs, which include the well known giant clams and triton shells. They are an integral part of the reef, providing a source of food for many of the reef creatures, and in turn helping to control algal growth, as many are herbivorous grazers. They are often multi-coloured, and have a wide range of shapes and sizes, ranging from the simple baler shells to the highly complex designs of the murex shells.

Molluscs are soft bodied animals, and therefore most have a hard shell for protection. Those that don’t, such as nudibranchs (or sea slugs, as they’re commonly known), have poisonous chemicals to deter predators. Many of these nudibranchs are brightly coloured, with lots of red colours dominating (a classical warning colour). The most famous sea slug is the beautiful Spanish dancer, which can grow to 15-20cm.

All molluscs have a head (except bivalves) and a muscular foot, and a membranous material that covers their internal organs called a mantle. It is this structure that produces the building blocks to create the shell around most species. The intricate whorls of a shells’ development can be seen if you find a broken shell when beach combing. Also, the older the shell, the more calcified, and therefore heavier, the shell will be. 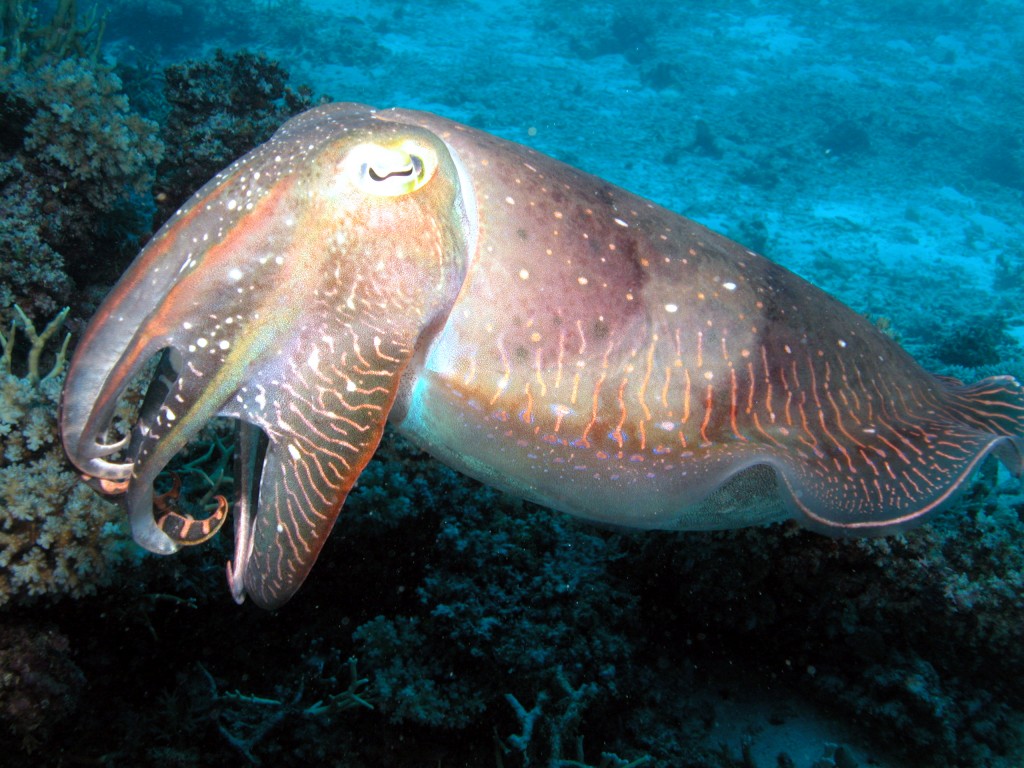 Being such a large group of animals, they have evolved many unique ways of surviving. Don’t be seduced by the lovely colours of the cone shell. This is one of the most poisonous creatures on the sea floor. This group feeds primarily on fish, and if you’re a slow moving creature, you’re going to need a virulent toxin to kill your prey quickly. Unfortunately, our evolution has followed the vertebrate path of the fish, and many people have died after been impaled by the tiny harpoon under the snails tongue.

The bivalve group has evolved to another level. The large giant clams have algae in their tissues that photosynthesise, meaning that all they need to do is get nice clear water and plenty of sunshine (2 things we have plenty of on the Great Barrier Reef!) and they will survive quite happily. The giant clams can reach over 1m in length, and up to 300kg in weight. It is weight alone that keeps them on the sea floor.

Another unique group is the cephalopods, which include the squids, octopus and cuttlefish. This group have well developed heads and large eyes, and the remnants of their shells have evolved into an internal structure in some species (the well known cuttlebone that birds love to chew on comes from the cuttlefish). One of the most amazing scenes to see on the reef is when two cuttlefish are going through their courtship routine. The animals have amazing powers over their skin patterns and colours, and the male and female will go through flowing changes, sometime looking like a TV test pattern. When the female is fertilized, she will physically place her eggs into the protection of some branched coral, and stand guard for several days to help ensure their safety.

There are many wonderful molluscs to see on the reef, but remember – all shells are protected on the reef, either alive or dead. Don’t be tempted, as even the dead shells play an important part on the reef. Certain fish will only lay their eggs in dead, broken shells.