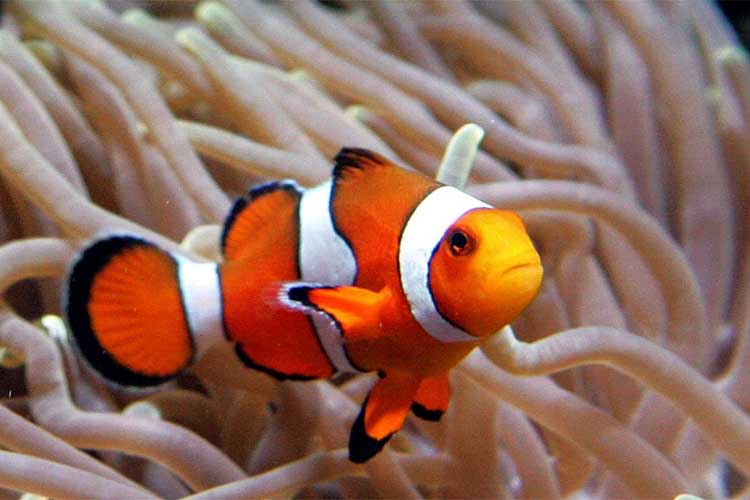 Clown fish, or anemone fish as they are sometimes known, belong to the Damselfish family that includes sergeant majors and chromids. There are 28 species in the world, they are generally small in size (the largest species attaining 16cm maximum in length), and usually have some orange coloration on their bodies. The most famous, and most sought after, species is the clown anemone fish, Amphiprion percula, which has three white bars narrowly edged in black across their bodies. They are generally shallower water dwellers, existing in the top 15-20m of the world’s oceans, and are opportunistic planktovores.

The term anemone fish relates to the special relationship that this group of fish has developed with sea anemones. Sea anemones are cnidarians, which means they are related to corals and jellyfish, and the common denominator is that they all bear tentacles covered in millions of tiny stinging cells called nematocysts. Any “normal” fish likely to come in contact with the tentacles of an anemone is likely to be stung, killed and eaten. Of the more than 1000 species of anemones, only 10 act as hosts for the clown fish.

How a clown fish can live amongst the poisonous tentacles without injuring itself has been the subject of much debate. It appears that the fish will slowly brush itself against the tentacles, giving itself a small sting, but in the process covering itself in the anemones mucus. When fully coated, it can then swim through the tentacles at ease, creating the perfect fortress against invasion by predators. There are some reports that the clown fish will also feed upon the leftover bits of food that the anemone misses.  In return, the clown fish will defend its’ home from species likely to harm the host anemone, such as butterfly fish (well known as polyp feeders), and provide a source of food through it’s faeces. This interaction is known as a symbiotic relationship, where both parties benefit.

A single anemone can host lots of clown fish, depending on its size. We know of one where there are over 40 individuals, living harmoniously together. The largest member of the group is nearly always a female, and the rest are generally immature males. If the female dies, or is removed from the anemone, the next most dominant male (usually the largest, but not always) will assume custody of the clan, and over a week or two will change sex into a fully functional, fertile female . Many types of fish have sex change, such as parrotfish and wrasses, but the vast majority change from female to male. 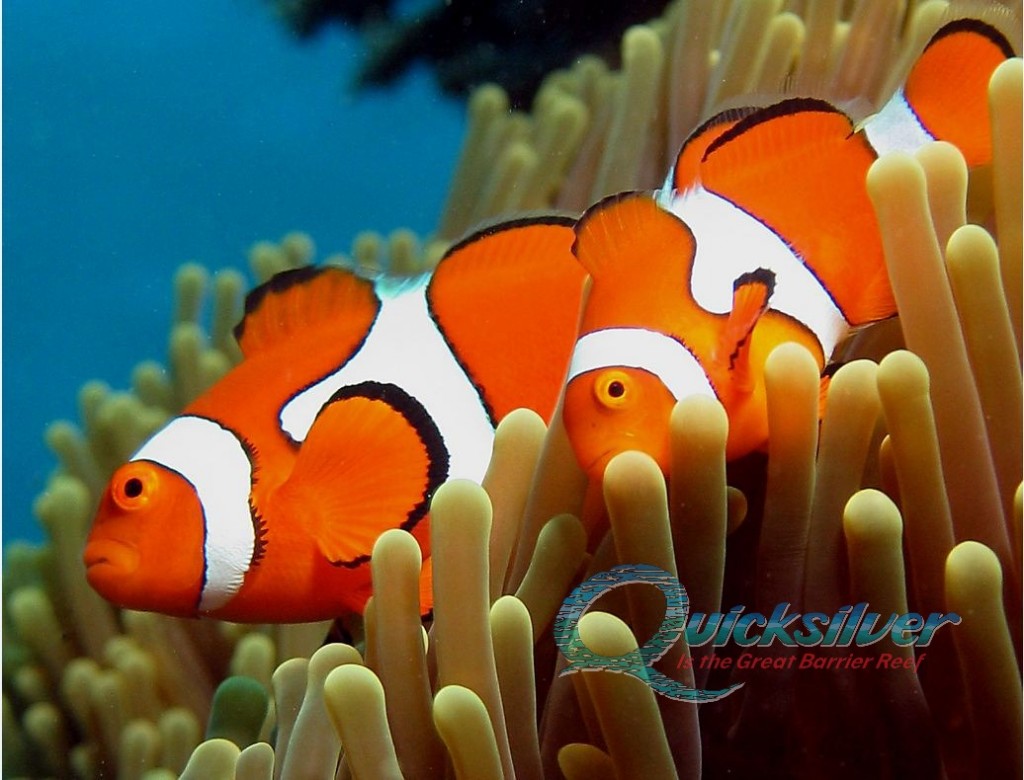 When females are ready to lay their eggs, they show an amazing degree of maternal care. The females have been observed to move out towards the perimeter of the anemone, and start to nuzzle and chew on the tentacles. This causes the anemone to curl up into a ball for a few minutes, and during that time the female rushes down and lays her eggs on the substrate. When the anemone relaxes again, it extends back over the eggs, providing a degree of protective cover. When the female wants to tend to the eggs, she’ll go through the same process, and will mouth the eggs, and use her fins to fan them,  washing away waste products and delivering oxygenated sea water.

Due to the success of the film, there has been an unprecedented rush to purchase clown fish and anemones. This could result in a decline of clown fish in the wild, so if you are considering a little Nemo for your salt water tank, do the right thing and investigate your sources and buy a captive bred specimen. Better still, leave them where they are, and come out to the Great Barrier Reef and see them in their natural environment. Nothing like the real thing!